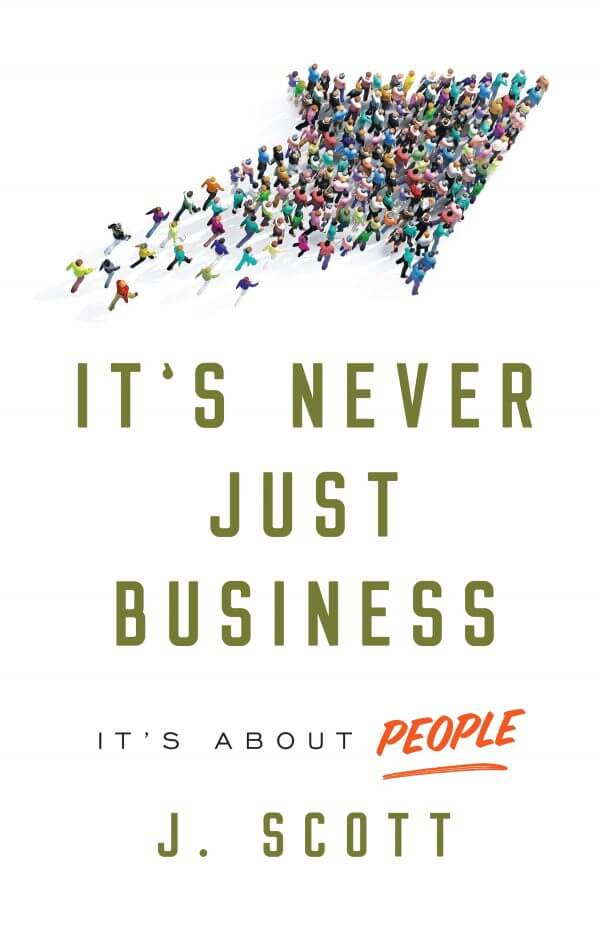 Being a successful business leader isn’t about giving inspirational speeches, making the decisions, and saving the day. It’s also not about success, being wealthy, receiving recognition, or calling the shots.

Leadership is about change for the purpose of innovation, and change is about people. Your relationship with your team is the most important element. To drive growth and sustainable change within an organization, you must create a culture of collaborators, challengers, and decision makers and actively empower them to drive results.

J. masterfully shows us that leadership doesn’t start with you, you need to start with your people, to create a culture that enables your employees to be engaged and excited to come to work every day. A must read for anyone in a leadership position!

J. Scott gets leadership, and in this book his transparency that it’s a journey you continue to adjust based on the principle that leading is about people. His vulnerability in his learnings that have matured his ability of an individual to be a better leader for his People. This was a leadership book that was really hard to put down as all the aspects that challenged me to assess my leadership approach and start making adjustments today. Thank you for putting down your evolution of your Leadership through your ups, downs, connections, and aha moments that are relatable to us as readers. I already picked the book back up for the 2nd read. If you can write a book on parenting with this same approach please send my way!!

Tucker Max
This book is so good, it changed the people who helped him publish

My company help the author publish this book, and even though I love the book and highly recommend it--my opinion of the book is going to be biased. Let me just tell you a story about the author and how he impacted us:

Basically, he saw a few ways we could make our process better. He offered to do a call, for free, just because he liked us. That call was an hour of some of the sharpest insights I've ever heard, from anyone. And that call turned into a series of events that basically saved our company at least a few hundred thousand in costs over the next decade, plus made the process better and smoother for everyone.

If he can do this just from a one hour call and seeing from the outside...I imagine he is effective once he gets inside your company.

Great leaders are both born and developed. This is a well thought out and effective method to facilitate growth. Easy and engaging to read.

Jason
So much usable insight!

This book brought a huge amount of insight about working with people to me in a way that was easy to understand, and better still gave me the baby steps I need to start using the insights to improve my life (home and work). Well worth the read.

It's very refreshing to hear Jason talk about leadership. Real leadership isn't taught or practiced as often as we might think. Instead, we are focused on processes and metrics, but what happens when people report and interpret those metrics differently? The data your using to manage may be worthless. It's really all about your people!

I haven't read the whole book yet, but it has some very good points about helping people to grow and develop. I am enjoying it. I wish my managers would have read this. I will probably give the book to them as gifts when I retire this year.

J. Scott’s book is for people who want to gain actionable insights into how leadership works - on the ground, day in and day out. Many books offer intriguing theories about leadership, execution and culture. Some of these are profound. But too many leadership books are edited to an appeal to one or another audience’s pre-existing beliefs. J has not written a book full of feel good confirmations of your worldview. This is actionable advice about the nuts and bolts of corralling human energy and attention, and coordinating diverse people to achieve important goals. As such, it offers much needed step by step guidance on the complex and messy (and beautiful) reality of how people actually interact in the workplace. Read this book if you want realistic coaching on how you and those around you can be better and more consistent at getting the most important things done well.

Todd Friedman
This book is engaging, honest and useful.

Full disclosure - I am a long time friend and customer of J. Scott. This book captures Jason's wisdom, humor and ability to share knowledge in a useful and fun way. There are great stories and examples, but also sound advice, like, "Leadership isn't about processes and procedures; it is about creating a culture of listeners, collaborators, challengers and decision makers." The modern work environment has evolved, and leadership is required, not from the top of the organization, but throughout, and Jason articulates this well. I recommend this book!

J. Scott began his leadership education early in life not far removed from the street, gained many key skills and insights through his time in the military, and has spent the last decade building a company that helps massive organizations process and manage major change. It is from these multiple points of view that he applies the lessons of grit and perseverance he’s learned about leadership to this book. Over 50% of the book – the first five chapters -- focuses on his central argument that leadership is all about “people,” not simply the “business.” If you know your people, and if you can build mutual trust with your team, a good part of your job as a leader has been accomplished. As anyone who’s been in a leadership position knows, this is much, much EASIER SAID THAN DONE! To keep things simple and attainable for us, J. Scott leverages his many personal anecdotes, outside research, and data to show how we must first become great colleagues, collaborators and fellow human beings before we can become great leaders. He demystifies the “super-hero” aspect of leadership and shows in clear and compelling prose that it’s the empathetic, day-to-day, roll-up-the-sleeves, and perform-the-fundamentals leaders who are most successful. The second half of the book focuses on two of the most important attributes a leader must excel at: communicating well with people and holding them accountable. Each of those sections continues his approach of weaving in personal examples with outside research and literature on the subject. Overall, the book does a convincing job of proving his main argument, which not-so-coincidentally happens to be the book’s title: “It’s Never Just Business…It’s About People”! My major criticism for this book? J. Scott references, and gives proper credit to, the writings and examples of many other leaders and writers on the subject. But I wish he had included an end-section listing out those references. J. Scott is widely read on the subject of leadership in theory and in practice. Sharing that vast bibliography with us would be a great addition to the book. 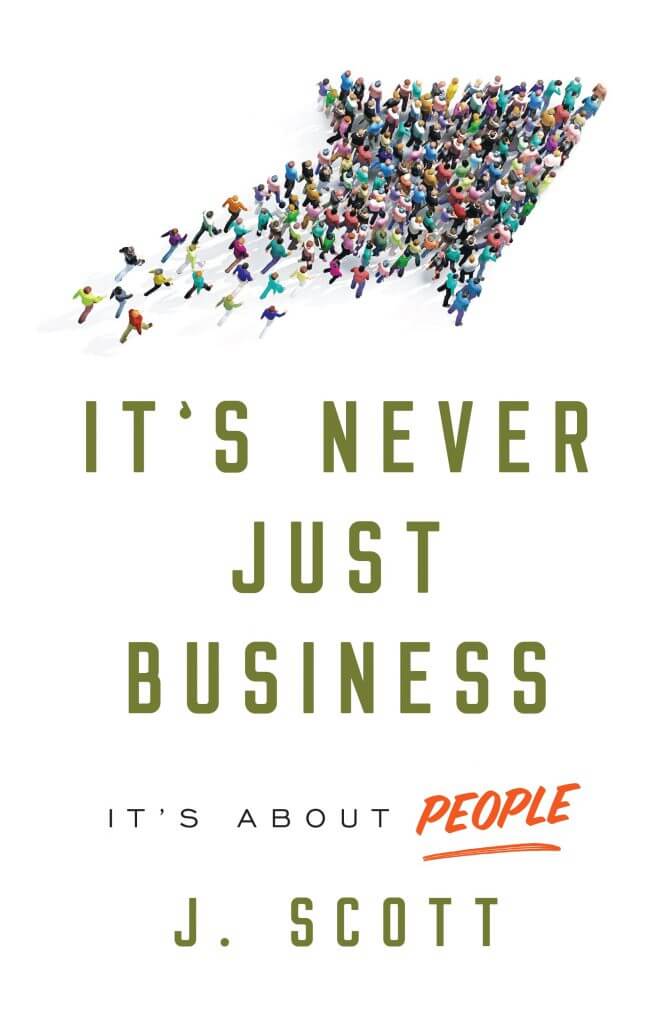 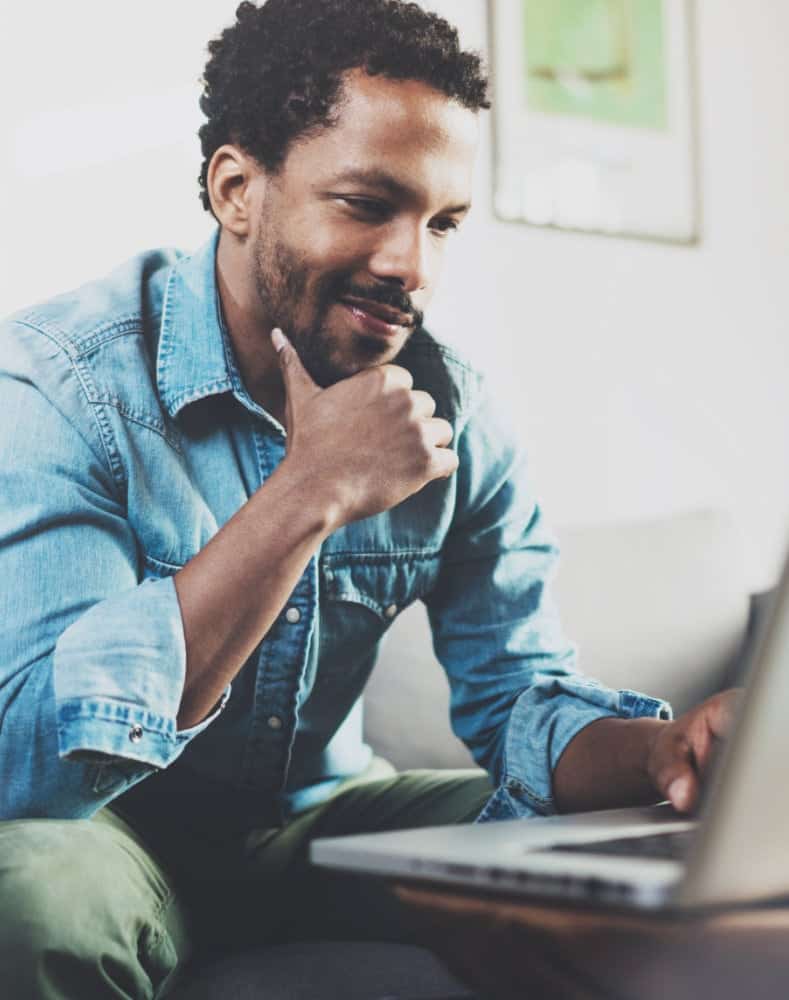 The 120VC Project Leadership Course is different. Unlike other training on Leadership, Project, Product, and Change Management, this course is taught by a team that delivers global transformational projects for our clients.

We managed Trader Joe’s nationwide merchant processing system upgrade. We did it in 6 months with zero downtime. Visa called it a flawless implementation in record time.

“I highly recommend 120VC. They are a firm with a strong methodology, a proven track record of success at Trader Joe’s Company, and a group with the requisite know-how and emotional intelligence to deliver mission-critical projects.” – Ron Glickman, Chief Information Officer Trader Joe’s Company

We just completed a Cloud Transformation for Sony Pictures. We took their complete IT environment to the cloud in 9 months with no service disruption. That’s over 240 applications and 900 environments.

We recently implemented Okta’s single sign-on identity management tool in all T-Mobile retail locations. That’s over 40k users with no service disruption. And.

If compared to a study by McKinsey that found on average, large IT projects run 45% over budget and 7% over time while delivering 56% less value than predicted, we are completing projects with 100% better results than the average.

We aren’t teaching theory and vocabulary. We are teaching people how to be leaders that Get Sh*t Done. We send 120VC team members through this program to learn our proven approach to delivering global transformation projects. The other guys are teaching what they think works; we are teaching what we have proven works! Join us!

The PLP is designed to educate and ignite a movement that will elevate the practices of leadership, teamwork, and humanity in the workplace, maximize human potential, and accelerate innovation. 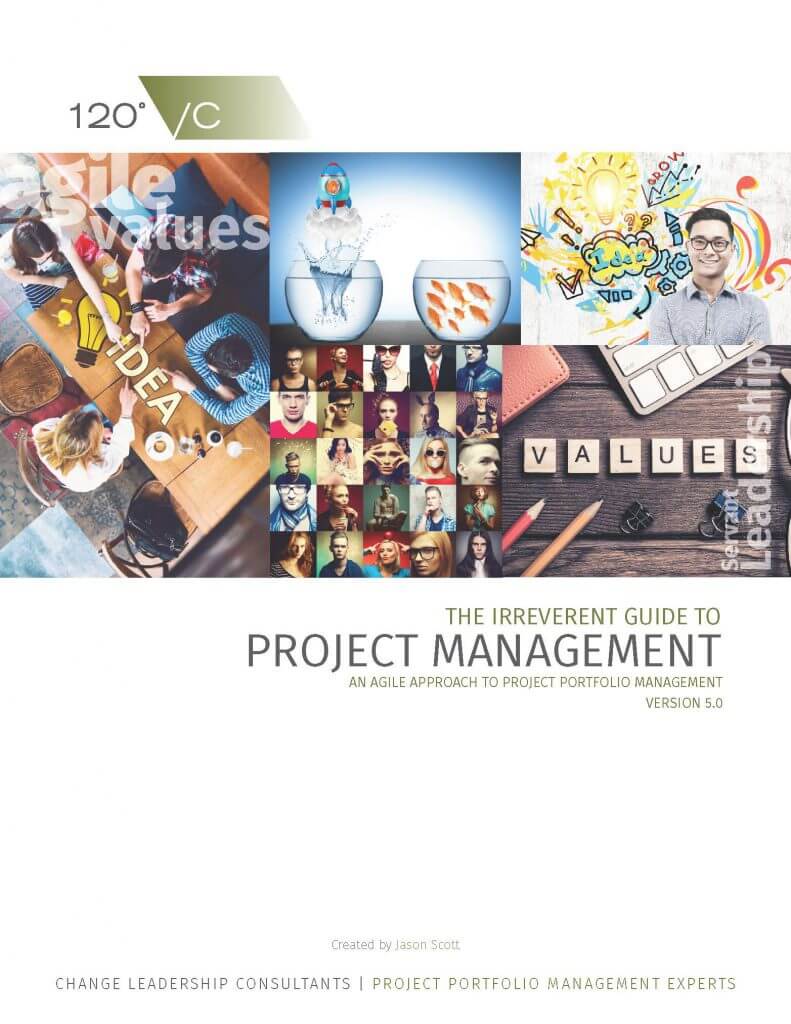 The Irreverent Guide to Project Management

The essential “How to Guide” to the GSD Standard of Project Management. Our Project Managers use it to plan and complete large enterprise-wide projects for companies like Trader Joes, DirecTV, LiveNation, and Beachbody. The book is a outcome-obsessed, simple compendium of best practices compiled into a step-by-step easy to follow approach.

Scroll To Top
By clicking "Accept Cookies", you agree to the storying of first- and third-party cookies on your device to enhance site navigation, analyze site usage, site performance, and assist in providing you with relevant content. Find out more.